Help us make Louve in Paris, make a donation now!

Help us make Louve in Paris, make a donation now!

and help this project exist

La Louve (the 'she-wolf'... sounds nicer in French) will be Paris' first worker-member cooperative supermarket. With your help, high quality food will be made affordable to most everyone--through cooperation.

We have a big space, financial backers and hundreds of motivated members...but to mage it all happen, we need 150,000 euros of our own capital... and quickly. If not, we'll have to start all over again !

2010 : Tom and Brian, two American gourmets in Paris, both very sensitive to the quality and price of the food they eat, decide to start a kind of crazy project, “La Louve”. The concept is a new one in France: a food coop inspired and supported by the Park Slope Food Coop in Brooklyn (a very dynamic Coop with over 16,000 members).


Sping 2011 : Talking up their project here and there, many people with the same concerns about the food they eat join them in the two following years. That’s when they start the buying club and association called “Les Amis de la Louve”, whose goal is the creation of a big collaborative supermarket called “La Louve”. (“Louve” means “she-wolf”. A terrible name for a supermarket in English, but very pretty to say and hear in French!)

2012 - 2013 : The project keeps growing, wolf packs start to be organized, and la Louve gets more and more support, most importantly from the City of Paris and the 18th “arrondissement”.

December 2013 : The Buying club will move from the suburb of Bagnolet to its new location in the 18th arrondissement of Paris, the neighborhood of our future supermarket.

2014 : The project continues to grow, attracting more and more motivated members who organize themselves into 14 different work groups. The future supermarket is incorporated and the by-laws written, an ideal site in the north of 18th arrondissement is found.

2015 : A fundraising drive to provide the capital necessary to begin work on the supermarket came to a successful conclusion at the end of the February.

We still have a long shopping list needs to allow us to open in the best possible conditions.

Your support is crucial for this last important step. 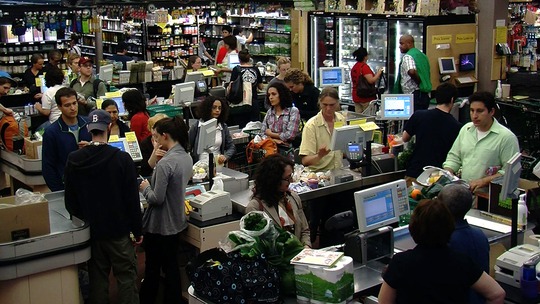 A non-profit association, la Louve seeks transparency in all its actions : purchasing, sales, management and administration. It is managed and governed by its members who are responsible for providing the volunteer labor (with the help of a few salaried employees) for all the daily tasks necessary for the smooth running of the supermarket.
Concretely, this means that all members have to work 3 hours every 4 weeks as soon as the supermarket opens (See our FAQ).

This model based on volunteer labor allows us to have low margins— and hence very reasonable prices on food for our members— while at the same time paying a fair price to our farmers and producers. The idea of eating better, for less money, while respecting both producers and the environment has a universal appeal. This is why La Louve is committed to making the its collaborative supermarket accessible to all. One of our top priorities is to meet the diverse culinary needs of our immediate neighborhood… and beyond.


La Louve will also be :


Some of our Helpers :

Our sourcing committee is constantly searching for new products, visiting farms, meeting producers, and receiving the advice of different experts.We would particularly like to thank Antoine Jacobsohn, the head of the famous "Potager du Roi" at Versailles (The French national "Ivy League" school for gardening) who directs them to the greatest local fruit and vegetable producers and Xavier Thuret, named by the French government as the best cheesemonger in France ("Meilleur Ouvrier de France"). And forwines, our expert is none other than Tom Boothe, long-time wine buyer in the US and co-founder of la Louve.
This assembly of an “advisory board” is just beginning. Many other ‘experts’ in other domains will soon be joining us. 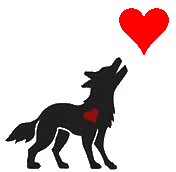 and help this project exist